Our world needs highly-skilled advocates restoring and assuring rights. Activists to insist that social justice prevails. Professionals who can ensure that those in need are treated with dignity and respect. Quite simply, our world’s most vulnerable individuals and communities need our social workers, and our social work students need you. Join us on May 4th for our annual Day of SCupport and help change the lives of our future change agents. 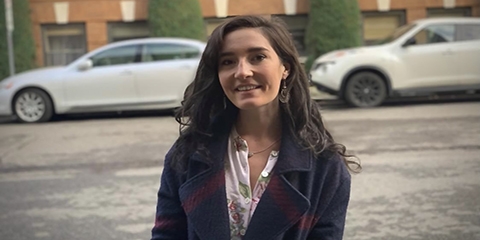 Barbara Solomon, DSW ’66, is a pioneer social worker who introduced the concept of Black empowerment as a framework for social work practice. She is the first African American to hold a deanship at the University of Southern California as dean of the USC Graduate School in the 1980s.

“I think some problems that we felt strongly about in the field of social work have only recently become part of the national conversation. We’re in a very different place now, and I think it has catapulted the social work profession into a position where it can be a more powerful force. I see the need for African-American social workers, who understand the communities and can communicate with the residents, as even greater now than it has ever been.”

Robert H. Nishimoto was a retired professor from the USC Suzanne Dworak Peck School of Social Work. Nishimoto was an expert in the areas of stress and coping among cancer patients and Vietnamese Chinese refugees, case management, adolescent pregnancy, and cross-cultural methodology. He was a VISTA (Volunteers in Service to America) worker on a Native American reservation in Rapid City, South Dakota. In addition, he was a social worker for Catholic Social Services in Van Nuys and Lancaster, California and a volunteer at the Food Basket-Hawai'i Island's Food Bank, RSVP program, and Hawaii Care Choices. A member of Honpa Hongwanji Hilo Betsuin, Nishimoto was also an avid world traveler. Nishimoto passed away in November 2019 and is remembered for his valuable contributions to the field of social work and for his advocacy for Asian Americans and Pacific Islanders.

With support from the Latino Alumni Advisory board, whose mission is to enhance and support the quality of social work education at the USC Suzanne Dworak-Peck School of Social Work and prepare Latino students for the profession through advocacy, fundraising, education, curriculum development and community service.

The Latino Alumni Endowed Scholarship Fund provides support to students who demonstrate a commitment to the Latinx community.

“The financial gain that I have had all these years, working with my master’s degree, has put me on a very different level than the average Mexican-American wage earner. That’s why I believe strongly that we should help current and future Latinx students. I was only able to get here because of people who helped me along the way, who supported and encouraged me. So, I feel I’ve got to do the same.”

Past scholarship recipient, Bonnie Johnson, MSW ’17, said that receiving a scholarship made her feel less alone and inspired her to keep fighting for LGBT people and for a more accepting world.

“I plan to become the most effective and impactful social worker and advocate I can for marginalized populations,” she said.

RAISING OUR VOICES FOR EQUALITY AND SOCIAL JUSTICE

Our world is crying out for change. Shouting it from the streets. Silence is not an option in 2020.

Commitment to equality and social justice for all is part of the code of ethics for social work. There has never been a more critical time to be a social worker, or an opportunity to create meaningful and lasting change.

Learn more about how our faculty and students are impacting these issues at the local and national levels: speaking out, exploring solutions and providing educational opportunities to help end the cycle of discrimination, systemic racism and police brutality.

MSW student Jennifer Avalos is collaborating with the Mountain View Police Department in Northern California to create an internship for USC MSW students, expanding efforts for social workers to partner with law enforcement.

DSW student Lourdes Hunter is a leader in LGBTQ+ advocacy as founder and executive director of the Trans Women of Color Collective, an incubator for critical thought and social justice innovation.

Sport and Social Justice: What Matters to Me and Why

On October 19, 2019, the Trojan Family came together to celebrate a tradition that showcases Trojan pride and celebrates all that our University has to offer.

We have already kicked off a busy Fall semester and look forward to seeing you soon. Mark your calendars, on December 5th we will be hosting a Master Class with President Carol L. Folt at Bovard Auditorium additional details to follow.

In honor of our current social work students who continue to make a difference in society, please consider continuing your support! Thank you and Fight On!